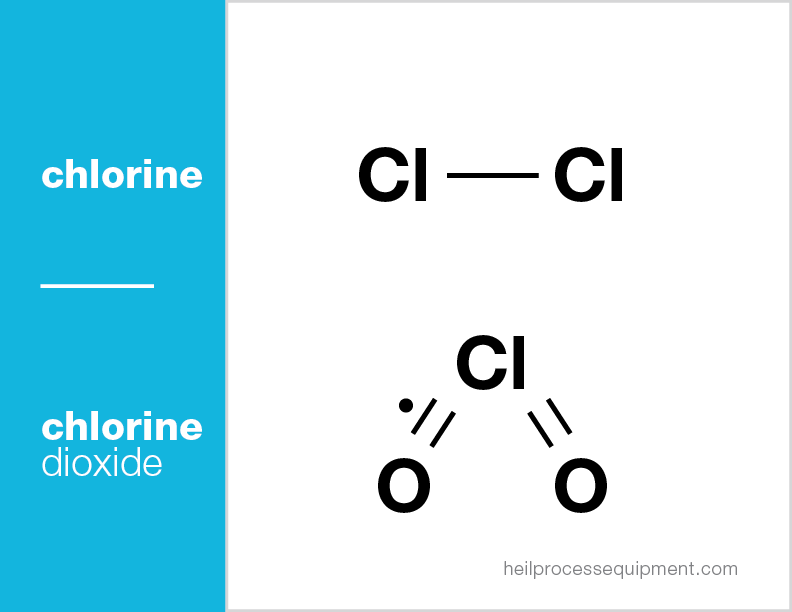 Chlorine (Cl2) is a reactive gas, slightly soluble in water.  Properties of chlorides depend on the nature of the metal component of the salt.  For example, common table salt is sodium chloride, whilst a solution of hydrogen chloride is the highly corrosive hydrochloric acid.

Chlorine is also released during other industrial processes, such as agricultural run-off, landfill leaching, and coal-ash waste deposits.

Toxic when inhaled, chlorine is caustic irritant, commonly affecting the eyes, upper respiratory tract, and lungs.  If not properly contained, Accidental releases of Chlorine gas can be highly dangerous to humans in the surrounding area.  A yellow to reddish gas, or a red-brown liquid, chlorine dioxide has an unpleasant odor similar to chlorine.

Chlorine is listed as a Hazardous Air Pollutant by the US EPA.  Many local regulatory agencies require an emergency gas scrubber to safely capture and contain accidental releases of chlorine gases. The US EPA has recently implemented a risk management program for accidental chemical releases. On January 13, 2016, The US EPA published a final rule in the federal register for Accidental Release Prevention Requirements.  The rule is currently under an administrative stay, delaying the effective date to February 19, 2019.

Fill out the form below to have a HEIL representative reach out to you.